Dr. Nancy B. Moody, president of Tusculum College has been elected chair of the Board of Trustees of the Southern Association of Colleges and Schools Commission on Colleges. She is the first female elected to this position. 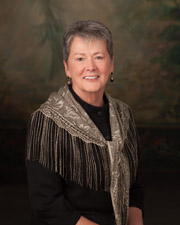 During her tenure, she was instrumental in securing a $45 million Community Facilities direct loan for the construction of two new apartment style residence halls, a science and math facility and to refurbish an existing academic building. Dr. Moody led efforts that secured a $3.875 million gift for the naming of the Ronald H. and Verna June Meen Center for Science and Math that will be completed in 2016, as well as numerous grants and gifts to support the Tusculum First capital campaign.

She held teaching and administrative appointments at Lincoln Memorial University, East Tennessee State University and the University of Tennessee at Knoxville. Dr. Moody was the inaugural Executive Director of the Tennessee Center of Nursing, funded initially through a grant from the Robert Wood Johnson Foundation (which she co-authored), BlueCross BlueShield of Tennessee and the Tennessee Board of Nursing.

During her career, Dr. Moody has been recognized by all three of her alma maters, Eastern Kentucky University, Texas Woman’s University and the University of Alabama at Birmingham School of Nursing, where she received the Chancellor’s Alumni Excellence Award. Dr. Moody was also the inaugural recipient of the Founders Award, presented in February 2013 by the Tusculum College Board of Trustees who acknowledged her for distinguished service as an executive leader through her vision, hard work and dedication to Tusculum College.

She is married to Tom Moody, a self-employed public accountant. She and Tom are proud parents of two adult children, daughter, Mykel, and son, Adam.