Five 10-minute plays by four Tusculum College students and a professor, “5 x 10,” will open Friday, April 19, in the Behan Arena Theatre on campus.

The plays will be performed beginning at 7 p.m. on Fridays, April 19 and 26, and on Saturdays, April 20 and 27. Sunday matinees will be at 2 p.m. on April 21 and 28. All performances will be in the Behan Arena Theatre on the lower level (side entrance) of the Annie Hogan Byrd Fine Arts Building on campus. The play presentation is part of Tusculum College Arts Outreach’s Acts, Arts, Academia performance and lecture series and the April 19-21 performances are part of the Old Oak Festival on campus.

The 10-minute play format is intended to encompass all the facets of a full-length drama despite the concentrated time frame.

A variety of genres from drama to comedy to murder mystery are represented in the plays. Four of the plays were written by Tusculum students and are directed by Wayne Thomas, associate professor of English and chair of the Fine Arts Department. The fifth play was written by Thomas and is directed by Frank Mengel, technical director for Arts Outreach and instructor of theater.

The five plays include: 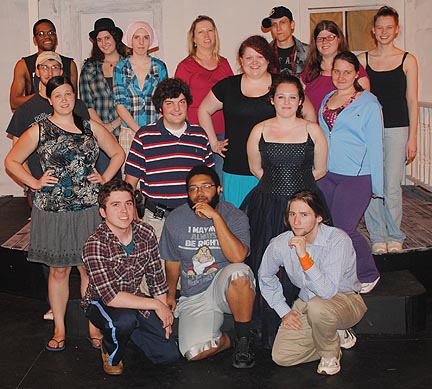