By Tusculum University on November 4, 2012 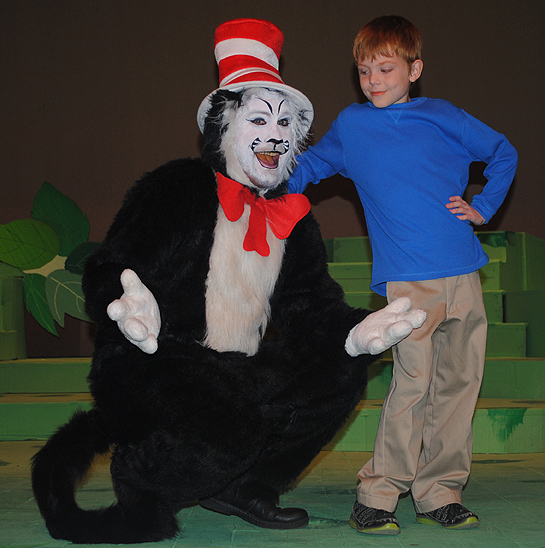 The Cat in the Hat (Chris Greene) helps JoJo (Caedman Oakes) stretch his imagination as the story of 'Seussical' unfolds.

Tickets are on sale now for the musical production which will be performed at 7 p.m. Nov 9-10 and 15-17 and at 2 p.m. on Sundays, Nov. 11 and 18 in the auditorium of the Annie Hogan Byrd Fine Arts Building on the Tusculum College campus.

Favorite characters from a host of Dr. Seuss books are brought to life by a cast of more than 90 in the show with a storyline that is entertaining on both a child’s and adult’s level.

The crazy, karmic Cat in the Hat catapults the cast into one cataclysmic catastrophe after another and causes captivating little JoJo to stretch his imagination to the breaking point. 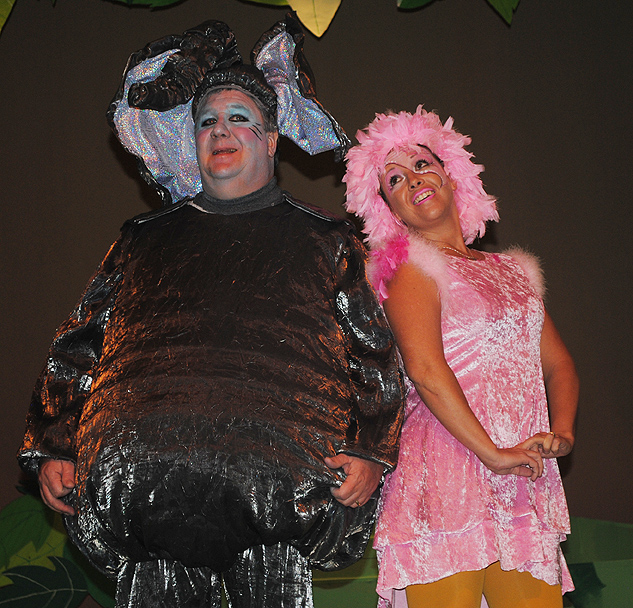 Lovable Horton (Tom Sizemore) is intent on saving the Whos while the amorous Gertrude McFuzz (Angela Bride) tries to get his attention.

Lovable Horton the Elephant lumbers through the jungle determined to do the right thing while lovelorn Gertrude McFuzz pursues him with melodic melodies. Add to the mix the scintillating and seductive Maizie LaBird and sizzling soul sister, the Sour Kangaroo, who seeks to incite the wily Wickersham brothers to whisk Whoville away from Horton’s protection and plunge the poor little Whos into desperate danger. 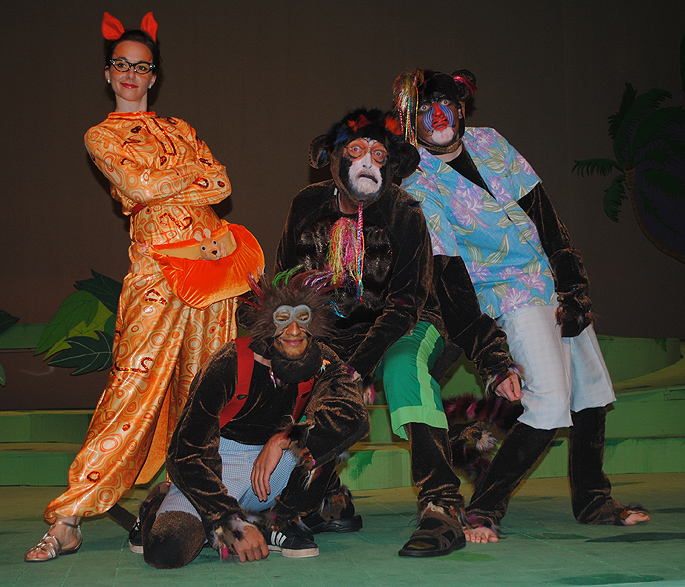 The Sour Kangaroo (Audrey Shoemaker) and the Wickersham Brothers (Sterling Bean, Wess duBrisk and Parker Bunch) cause mayhem for Horton in his quest to preserve the Whos' planet.

Director Marilyn duBrisk promises that “Seussical” is truly family fare with a fast moving storyline, wonderful music and dance and an outstanding cast of talented actors supported by a talented and dedicated production staff.

The cast includes respected regional community actors and students from not only Tusculum College but Greene and Washington counties. Members of the cast include Chris Greene as the Cat in the Hat, Tom Sizemore as Horton the Elephant, Caedmon Oakes as JoJo and Angela Bride as Gertrude McFuzz. Jody Carter Copeland portrays Maizie LaBird, Audrey Shoemaker is the Sour Kangaroo, Brian Ricker is General Genghis Khan Schmitz and the three Wickershams are Wess duBrisk, Sterling Bean and Parker Bunch. The Whos’ Mayor is Drew Ohsiek and his Who wife is Lindsey Cook. And the Grinch is played by Grayson Reed. 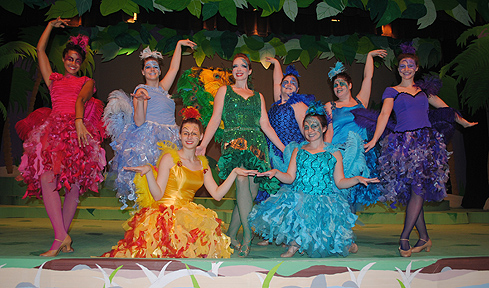 Vibrantly colorful costumes and a set are part of the "Seussical" experience as this photo of "Amazing" Maizie McBird and the Bird Girls attests.

Admission is $12 for adults, $10 for seniors 60 years of age and over and $5 for children 12 and under. Ticket reservations may be made by calling Tusculum College Arts Outreach at 423-798-1620 or by emailing at jhollowell@tusculum.edu. Tickets may be purchased at the box office window one-and-a-half hours prior to the performance. Tickets are payable by cash or check only, no credit or debit cards will be accepted.

The theatre seating is first-come first-served. Please call Arts Outreach before coming to purchase or pick-up tickets to insure someone is available to assist you. The Arts Outreach Office is in Room 18 of the lower level of the Annie Hogan Byrd building. 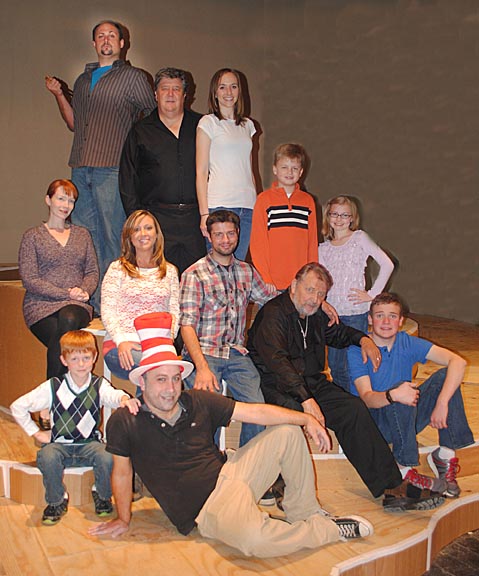 A cast of more than 90 are bringing the world of Dr. Seuss to life in Theatre-at-Tusculum’s production of “Seussical” Nov. 9-11 and 15-18. The cast includes, top row from left, Brian Ricker as General Genghis Khan Schmitz, Tom Sizemore as Horton the Elephant, Audrey Shoemaker as the Sour Kangaroo, Drew Ohsiek and Lindsey Cook, and the mayor of the Whos and his wife; and middle row from left, Jody Carter Copeland as Maizie LaBird, Angela Bride as Gertrude McFuzz, Sterling Bean, Wess duBrisk and Parker Bunch as the three Wickershams, and bottom row, Caedmon Oakes, left, as JoJo and Chris Greene as the Cat in the Hat.