By Tusculum University on September 16, 2015

Tusculum College’s Dr. Desirae Matherly, associate professor of English, will have an essay featured in “After Montaigne, Contemporary Essayists Cover the Essays.”

The anthology focuses on the work of Michel de Montaigne and will be available in September in both hardback and ebook from the University of Georgia Press.

Each of the 28 contributors to the collection has selected one of Montaigne’s 107 essays and written his or her own essay of the same title and on the same theme, using a quote from Montaigne’s essay as an epigraph.

Dr. Matherly’s essay is titled, “On the Power of the Imagination.” 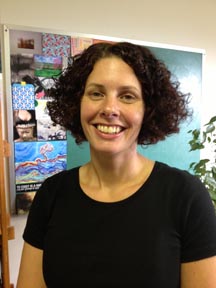 The collection is edited by David Lazar, professor in the nonfiction program at Columbia College Chicago, and Patrick Madden, associate professor of English at Brigham Young University.

Dr. Matherly teaches writing at Tusculum College and serves as nonfiction editor for “The Tusculum Review.” Her most recent essays appear in “Hotel Amerika,” “Descant” and “Red Holler: An Anthology of Contemporary Appalachian Literature.” Four of her essays have made the Notable List in “The Best American Essays,” and one essay was anthologized in “The Best Creative Nonfiction.”