Frost will leave in mid-May to attend the Auvillar Writers’ Workshop. She was introduced to the workshop through Marilyn Kallet, the director of creative writing at the University of Tennessee, who suggested she apply. 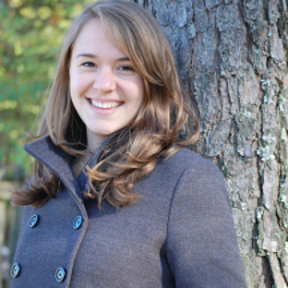 Frost’s scholarship entry was selected from the dozens of students at the University of Tennessee and other universities who applied.

The week-long workshop is titled, “O Taste and See: Writing the Senses in Deep France.” The workshop will focus on poetry writing that celebrates the sensory joys of being in Southwest France and will include a wide variety of cultural immersion experiences.

“This will be a wonderful opportunity for me, one that I could not have possibly come across without the skills and practice I have picked up from the creative writing program at Tusculum College,” said Frost.

Frost, a senior creative writing major from Friendsville who will graduate in December, added, “I can say positively that I have been given something at Tusculum College that I could not find anywhere else.”

Frost is this year’s winner of the Curtis-Owen Literature Prize for Fiction and will have poetry published later this month in the “Anomaly Literary Journal.” Two additional poems have been selected for publication by the Kudzu Literary Magazine, an Appalachian journal.