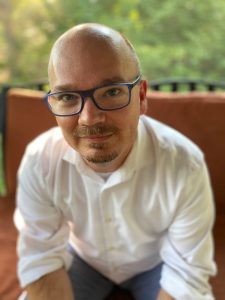 The play by Sam Steiner features two characters. Bernadette is an ambitious attorney, and Oliver is a laid-back musician. A new law interrupts their love story by limiting the amount of words a citizen can speak to 140 per day.

The play considers a world in which people must say less. It contemplates what people say and how they say it. This production also touches on activism, eye contact and what people can hear in silence.

“This production should make for fulfilling work for two talented actors,” said Wayne Thomas, dean of the College of Civic and Liberal Arts and the play’s director. “It is a new script, so it’ll be a fresh, exciting adventure for the cast, production crew and audiences.”

Thomas is considering all age groups for the characters. Actors do not need to prepare audition pieces because they will be asked to perform cold readings from the script.

Rehearsals will begin the week of January 24. The production will open March 11 and run for two weeks in the Behan.

Anyone with questions should email Thomas at wthomas@tusculum.edu.