GREENEVILLE – Many children thank their parents for their success, but not all of them credit Mom and Dad with saving their lives. 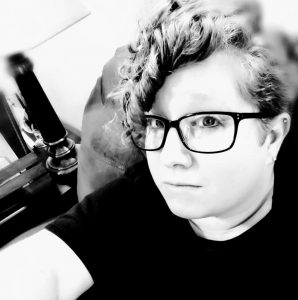 The Tusculum University alumna, who graduated in May with a bachelor’s degree in English with a concentration in communication and public relations, has written her first book, one that borrows extensively from her personal life. It is a children’s book about adoption called “Handpicked.”

“I was adopted by my grandparents when I was 3 years old,” Marshall said. “Though they were older, they didn’t hesitate to raise another child. I sincerely felt they saved my life. Even though they were my grandparents, I called them mom and dad, as they were all I knew. I was theirs and they were mine. They loved me since the moment I was born. So this book is dedicated to them and all they did for me. I wouldn’t be where I am or who I am without them.”

In the book, the main character’s name is Allie Rose, which is the first name of her mother and her mother’s favorite flower. Allie is redheaded, just like Marshall. The book follows the lives of Allie, her parents and her friends. Marshall said the book is about home, belonging, family and the beauty of being handpicked.

Marshall understands the challenges adopted children sometimes face. During her younger years, other children told Marshall she was given up for adoption because she was not wanted. She said adopted children should not consider that viewpoint valid.

“I want other adopted kids to know that the reason they were adopted is because they were wanted more than anything, and that’s why they were specially handpicked,” Marshall said. “I hope adopted children and their adoptive parents know that they are special and loved so uniquely – that their bond transcends blood and goes beyond what we can fathom. Everyone deserves the chance to be loved unconditionally.” 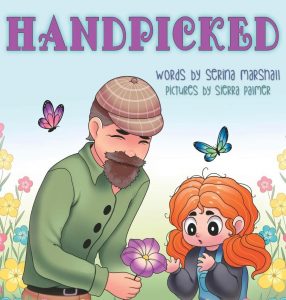 The cover of “Handpicked”

Unfortunately, Marshall’s parents are no longer alive to observe their daughter’s achievements, but they will continue to influence her. Marshall plans to expand on “Handpicked” with a book series that will show Allie growing up. That will enable children to see themselves in similar situations. She will spotlight diversity and inclusivity with different races and sexualities to be relatable for multiple audiences.

In addition to writing “Handpicked,” Marshall is a reporter for the Herald &Tribune in Jonesborough. She has also written for other newspapers and magazines in Northeast Tennessee.

“We are extremely proud of Serina and the success she has already achieved at this early stage in her writing career,” said Wayne Thomas, dean of Tusculum’s College of Civic and Liberal Arts. “Seeing her channel her life story into a book that will help others with similar experiences is inspiring. We are also thrilled to see her carry on the tradition of writing excellence by students and alumni of Tusculum’s English program.”

Preorders of “Handpicked” are available through Amazon and other book purchasing outlets, with the book’s release set for March. She is scheduled to read and sign copies of her book at Tusculum during the Old Oak Festival in April.