GREENEVILLE – A Tusculum University faculty member will give a free lecture that examines the incorporation of a Christian sect’s dance form into performances at P.T. Barnum’s American Museum in the 1840s and the societal ramifications that resulted from those shows. 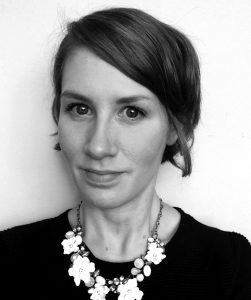 Dr. Ashley Rattner, an assistant professor of American literature, will discuss “Faithful and Correct Exhibitions: The Enchantment of Shaker Dance at P.T. Barnum’s American Museum.” Her lecture will be held Monday, Nov. 8, at 7 p.m. in the Meen Center lecture hall. People can also attend the event via Zoom at https://tusculum.zoom.us/j/82329390165.

The lecture is presented by Tusculum’s English and Languages Department as part of the 2021-22 Humanities Series.

“Dr. Rattner is one of our newer faculty members, and she has developed a wonderful niche in researching historical events as part of her literary scholarship,” said Wayne Thomas, dean of the College of Civic and Liberal Arts. “We encourage people to join her for this talk, which will provide perspective on a belief system and its intersection with the entertainment business.”

The United Society of Believers in Christ’s Second Appearing, or Shakers, were a celibate Christian sect that welcomed outsiders and were known for their quiet grace and industry. The Shakers consider ecstatic dance a religious expression and method of social communion.

“Museumgoers were drawn to the sensory immersion of the Shaker song and dance as a dazzling eccentricity in a performance that blurred distinctions between corporeal and mechanized bodies,” Dr. Rattner said. “The playbill frames the performance as a feat of endurance primarily noteworthy for its visual effect in an attempt to attract visitors to the museum.”

She said the playbill emphasizes the Shakers’ authenticity and frames the dancing as a way of communicating personal enrichment and moral edification. Her talk will explore the optics of a band of Shakers who had renounced those beliefs yet chose to perform these identities on a public stage.

Dr. Rattner builds on Benjamin Kahan’s scholarship on celibacy and Kara M. French’s recent exploration of Early American identities of sexual restraint. Kahan is a professor of English and women’s, gender and sexuality studies at Louisiana State University. French is an associate professor of history at Salisbury University.