TUSCULUM UNIVERSITY > News and Information > News > Tusculum professor to present lecture on 9/11, events that led up to the attacks and the aftermath

GREENEVILLE – No one who watched the horrifying events of 9/11 unfold will ever forget the images of planes striking the Twin Towers in New York. 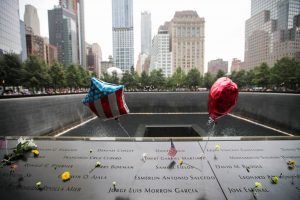 Dr. Troy Goodale took this photo of the 9/11 Memorial.

What might not be easy to remember are some of the sinister acts in the years preceding that day, the rise of Al-Qaeda and the cumulative response by the United States. As the 20th anniversary of the attacks on the World Trade Center and the Pentagon and the plane crash in Pennsylvania nears, Dr. Troy Goodale, a professor of political science at Tusculum University will pull the pieces together in an upcoming lecture.

Dr. Goodale will present “9/11: Numbers of Notoriety, Day of Infamy” at 7:30 p.m. Thursday, Sept. 9. This free talk will be available to the Tusculum family and the community in the Meen Center lecture hall as well as on the Zoom virtual platform. Dr. Goodale will answer questions at the conclusion of his presentation.

“All of us remember where we were and what emotions we felt when that tragic day in our nation’s history unfolded,” said Wayne Thomas, dean of the College of Civic and Liberal Arts. “But there are a series of other events that bookend 9/11, and Dr. Goodale will help us develop a more complete picture that will increase everyone’s understanding of the dynamics that remain a factor today. We encourage people to join us for this insightful lecture.”

Dr. Goodale’s presentation is part of the Cicero Lecture Series, a tradition on the Tusculum campus that has touched on a wide spectrum of topics.

The lecture’s namesake, Cicero, was a Roman statesman, lawyer, teacher and orator. He often stayed at his villa near the former Roman town of Tusculum, where he wrote some of his famous works and engaged with friends in discussions about philosophy and the principles of republican government and good citizenship.

In his presentation, Dr. Goodale will provide background information about Al-Qaeda – its origins and its activities throughout the 1990s, including the USS Cole attack and the attack on the U.S. Embassy in Nairobi; the organization’s declaration of war on America; and the nation’s underestimation of the threat the group posed.

Dr. Goodale will also review the events of 9/11 in detail and Al-Qaeda’s preparation for the multiple attacks. He will also examine the aftermath of 9/11 in U.S. foreign policy, including the nation’s entry into the war in Afghanistan and the withdrawal of American troops taking place now. 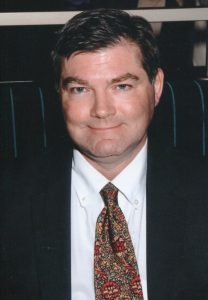 “The mantra for Americans after what transpired on 9/11 was to never forget, so part of the aim of this talk is to keep this day in our collective memory,” Dr. Goodale said. “But the lecture is also designed to ensure the audience has the correct historical information about all of the events connected to 9/11 – before and after the attacks.”

Dr. Goodale will also incorporate an academic element in which he explores two different viewpoints of conflict.

He will present the argument of Dr. Samuel P. Huntington, a Harvard University professor and political scientist who worked in the National Security Council during the Carter Administration, contained in an article titled “The Clash of Civilizations?” published in Foreign Affairs journal in 1993. Huntington’s theory is that it will not be ideology, such as capitalism vs. communism, that will drive future conflict but rather fundamental cultural differences throughout the world that cannot be overcome.

Dr. Goodale will then present a counter position from Dr. Wendell Bell in an article called “Humanity’s Common Values: Seeking a Positive Future,” which was published in The Futurist magazine in 2004. Bell, a futurist and longtime sociology professor at Yale University, disagrees with the premise that countries fight over their differences and contends instead that the battles stem from similarities in human nature. He believed those qualities are evolving into social norms that promote cooperation and bind people together.

“I am grateful for the opportunity to serve as the Cicero lecturer this fall and am honored to discuss a subject that resonates with Americans on multiple levels,” Dr. Goodale said. “This lecture will be a great way to connect with the community and celebrate our ties with one of the world’s significant historical figures.”

To watch the lecture via Zoom, participants log into https://bit.ly/3yokWVD. For more information about the university, please visit www.tusculum.edu.