GREENEVILLE – Dr. David Bow, a professor of sport science who has served Tusculum University with distinction for 45 years, has been recognized by a statewide organization he has served faithfully for most of his career. 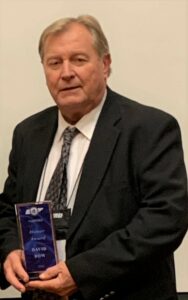 The Tennessee Association for Health, Physical Education, Recreation and Dance recently selected Dr. Bow for the prestigious Honor Award, which is considered the highest the organization presents. This is not an annual award and was last presented in 2017. He was also named TAHPERD Teacher of the Year.

Dr. Bow has been a member of TAHPERD for more than 40 years and has served on the Executive Board of TAHPERD for 36 years. He served as president in 1996-97, a division vice president for two terms and aquatics section chair for three terms as well as filled in as research section chair. He has served as the chairman of the TAHPERD Constitution Committee since 2003. He has led numerous revisions of the TAHPERD constitution, bylaws and operating codes.

“These awards are a great honor,” Dr. Bow said. “This organization provides a terrific opportunity to interact with people from other universities, hear presentations and keep abreast with what is going on in the discipline. It’s very valuable to be part of the organization, so for them to honor me this way is just great.”

He has served on multiple committees and has been chair of the Enrollment and Services Committee, the Faculty Affairs Committee and the Working Group on Commons Integration. He has also served six terms as faculty moderator. He is now a member of the General Education Committee. 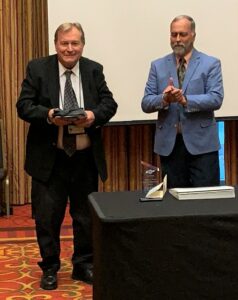 In addition to this newest recognition from TAHPERD, Dr. Bow has earned the National Living Faculty Award from the Tusculum Alumni Association in 2011, and he was inducted into the Tusculum Sports Hall of Fame in 1993.

“Dr. Bow has dedicated his career to serving Tusculum in meaningful and abundant ways and is an integral member of the university family,” said Dr. Suzanne Byrd, chair of the Sport Science Department. “Our students, our university and TAHPERD have benefited considerably from his dedication and commitment. Dr. Bow is a blessing to Tusculum, and we are grateful he has chosen to spend his career with us.”