GREENEVILLE – Learn more about one of the most horrific events in U.S. history and developments before and after it during an upcoming free presentation at Tusculum University. 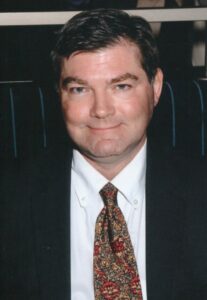 Dr. Troy Goodale, chair of the Social Sciences Department and professor of political science, will deliver the talk “9/11: Numbers of Notoriety, Day of Infamy” at 7 p.m. Monday, Sept. 12, in the Meen Center lecture hall. His presentation, which was originally scheduled for 2021 but was postponed because of the global coronavirus pandemic, will be the newest in Tusculum’s popular and longstanding Cicero Lecture Series.

“Americans who watched the shocking events of 9/11 unfold on television will never forget the images or the mass casualties from that day,” Dr. Goodale said. “As we reflect on what transpired 21 years ago, some people might not recall all of the related events that preceded and followed 9/11. This lecture will give people the complete picture so they can have a better understanding of the history and complexity of the last 30 years.”

Dr. Goodale will discuss some of the sinister acts in the years preceding 9/11, the rise of Al-Qaeda and the cumulative response by the United States. Specifically, he will provide background information about Al-Qaeda – its origins and activities throughout the 1990s, including the USS Cole attack in 2000 and the attack on the U.S. Embassy in Nairobi in 1998. He will also talk about the organization’s declaration of war on America and the nation’s underestimation of the threat the group posed.

As part of his presentation, Dr. Goodale will review the events of 9/11 in detail and Al-Qaeda’s preparation for the multiple attacks. In addition, he will examine the aftermath of 9/11 in U.S. foreign policy, including the nation’s entry into the war in Afghanistan and the withdrawal of American troops from that country.

Dr. Goodale’s goal is to ensure the audience does not lose sight of these tragic events but also has all of the historical facts.

In addition to providing factual detail, Dr. Goodale will include a review of two different viewpoints about conflict. He will present the perspectives of Dr. Samuel P. Huntington, a Harvard University professor and political scientist who worked in the National Security Council during the Carter Administration, and Dr. Wendell Bell, a futurist and longtime sociology professor at Yale University.

Dr. Huntington’s argument is contained in the article “The Clash of Civilizations?” published in Foreign Affairs journal in 1993. Huntington theorized that fundamental cultural differences among people throughout the world cannot be overcome. He predicted that these cultural differences, rather than differing political ideologies or economic systems, will be the primary source of conflict between nations in the future.

Dr. Bell disagreed with the premise that countries fight over differences and contended instead that the battles stem from similarities in human nature. He believed those qualities are evolving into social norms that promote cooperation and bind people.

The lecture’s namesake, Cicero, was a Roman statesman, lawyer, teacher and orator. He often stayed at his villa near the former Roman town of Tusculum, where he wrote some of his famous works and discussed philosophy and the principles of republican government and good citizenship with his friends.

“We welcome another opportunity to engage with the community and stimulate conversation about subjects of interest,” said Wayne Thomas, dean of the College of Civic and Liberal Arts. “This series has been a great avenue to honor the legacy of Cicero, and Dr. Goodale’s presentation will be another example of the value these lectures provide. His scholarship on the subjects in this lecture will be extremely helpful in providing a clearer picture to events we will never forget but might not fully comprehend.”