GREENEVILLE – Tusculum University will enrich personal lives with a multipart lecture series in June that will enhance the community’s knowledge of three important figures in East Tennessee history. 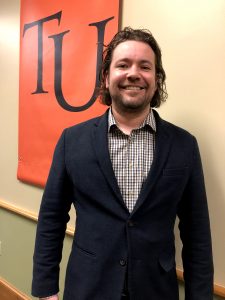 The College of Civic and Liberal Arts; the Department of History, Museum Studies and Religion; and the Doak House Museum are sponsoring “Sketches of East Tennessee History.” The lectures will be held in the Meen Center lecture hall on the Tusculum campus at 6 p.m. Thursday, June 9; Wednesday, June 22; and Thursday, June 30.

All of the lectures are free and will include an opportunity for the audience to ask questions.

“Our excellent speakers will highlight the careers of three very different individuals whose lives and careers were deeply connected to this region,” said Dr. Joel Van Amberg, department chair. “These three individuals cast important light on the complex dynamics that characterized 19th century East Tennessee and its connection to the rest of the world.”

Gloucester was once a slave of a Presbyterian minister named Gideon Blackburn. The minster later emancipated Gloucester, who subsequently attended classes at Greeneville College, a predecessor name for Tusculum University. Later in his life, Gloucester became the founder of Philadelphia’s first Black Presbyterian church.

During his time in East Tennessee and before Gloucester’s emancipation, Blackburn created schools for Cherokee children, where students learned about Blackburn’s “civilizing” ideas. The lecture will explore what individuals can learn about race, place and religion from Gloucester, Blackburn and the Cherokee – especially the way those concepts affected how people lived and thought about faith and their place in the world at the turn of the 19th century.

Dr. Perry’s presentation is framed around an article about President Andrew Johnson written by Tennessee’s state librarian and archivist, John Trotwood Moore. Published in the March 31, 1929, issue of the Saturday Evening Post, the article – “The Rail-splitter and the Tailor” – received praise from readers around the nation, including Andrew Johnson’s grandson and Greeneville resident, Andrew Johnson Patterson.

Moore’s article was a clear attempt to bind President Johnson’s legacy with President Abraham Lincoln’s. This aligns with other popular and professional histories of the 1920s, which sought to vindicate the 17th president of the United States. Dr. Perry will explore some of the most prominent writings of the early 20th century and place them within their social context. 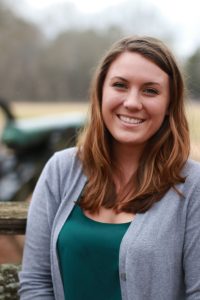 P’Simer will speak about artist Samuel M. Shaver’s life and the evolution of his work. By exploring the influential families that crossed paths with East Tennessee’s first native-born artist, people begin to understand his professional development and the characteristics that identify his work, as well as his life and experiences.

The East Tennessee History Center is the largest repository of his work. In 2021 the center presented “Shaver: An Artist of Rare Merit” as a feature exhibit, which showcased 19 of his paintings. P’Simer will highlight a selection of his works from the collection held at the center and works that exist elsewhere.

This newest lecture series continues Tusculum’s summer civic engagement initiatives, which enable community members to learn more about topics in greater depth through lectures by subject matter experts. In 2020, faculty members throughout the university discussed the coronavirus from a variety of angles in a series called “Pandemic! Perspectives.” Then in 2021, Tusculum’s history professors presented “A History of Greene County in Six Objects.”

“Tusculum values the opportunity to connect with the community, and we know attendees will enjoy the discussions we are holding in June,” said Wayne Thomas, dean of the College of Civic and Liberal Arts. “East Tennessee’s abundant history, including being the hometown of a president, provides rich material for us to share with the community. We encourage everyone to join us for these outstanding presentations.”