GREENEVILLE – Another stellar production is coming to Tusculum University this month, a dark romantic comedy featuring two regional theater veterans that examines relationships and communication through a restrictive lens. 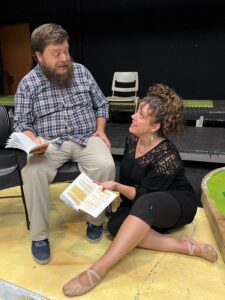 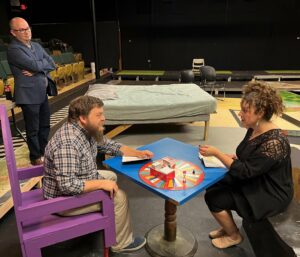 “Lemons, Lemons, Lemons, Lemons, Lemons” will begin a six-performance run Friday, Sept. 23, at 7:30 p.m. in the Behan Arena Theatre, located on the lower level of Annie Hogan Byrd Fine Arts Center. The play stars Steve Schultz and Erin Hensley Schultz, who are married in real life and serve on the Tusculum staff, as the only two actors in this contemplative play.

“As we continue Theatre-at-Tusculum’s tradition of excellence, we are pleased to present a thought-provoking play that utilizes the remarkable talents of Steve and Erin,” said Wayne Thomas, executive director of Tusculum Arts Outreach and the production’s director. “This play will have an enjoyable, fast-paced feel and plenty of humor while still offering a serious theme well worth consideration.”

Bernadette, played by Erin Schultz, is an ambitious attorney, and Oliver, played by Steve Schultz, is a laid-back musician. A new law interrupts their love story by limiting the amount of words a citizen can speak to 140 per day.

The play by Sam Steiner – his first – considers a world in which people must say less. It contemplates what people say and how they say it. This production also touches on activism, eye contact and what people can hear in silence.

From a macro level, “Lemons, Lemons, Lemons, Lemons, Lemons” explores the ups and downs of relationships and how people choose to communicate with others in their daily lives. It causes individuals to examine in a direct way whether they spend their energy on the world around them or the people they love.

In addition to Thomas, the behind-the-scenes work will showcase the skills of Frank Mengel, Tusculum’s technical director, in the set design. In addition, three Tusculum students – Todd Wallin, Josie Norton and Gracie Weems – will run the show backstage. 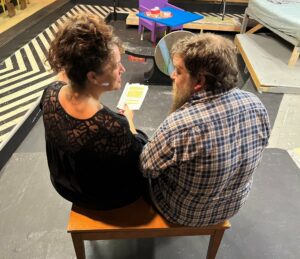 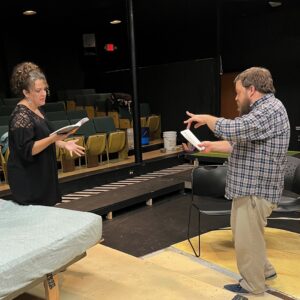 Theatre-at-Tusculum is supported in part by a grant from the Tennessee Arts Commission, Hearts for the Arts and many generous donors. To financially support Tusculum’s arts initiatives, please visit www.tusculum.edu/giving.

“Tusculum welcomes the opportunity to provide affordable arts programming to the community,” said Thomas, who also serves as dean of the College of Civic and Liberal Arts. “We value our connections to the community and our ability to enhance the region’s quality of life through the arts. When people donate to our arts program, they also enrich personal lives through cultural advancement.”