TUSCULUM UNIVERSITY > News and Information > News > Tusculum alumna supports music, band and theater students through endowment created by her family after her passing

GREENEVILLE – A music teacher whose passion for the subject inspired students she taught for about 35 years paid it forward with a planned gift for a newly established scholarship that will support Tusculum University students participating in the arts. 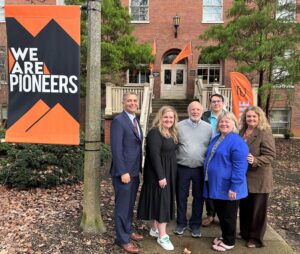 Janet Sell graduated from Tusculum in 1968 with a bachelor’s degree in music and minor in chemistry and then taught music to first through sixth graders. Her affection for her alma mater led to the recent creation by her family of the Janet C. Sell ’68 Endowed Scholarship following her passing July 16. The scholarship funds will support students participating in music, band and theater.

Sell provided additional funds specifically to the band and to the Tusculum Fund, which assists the university as a whole. Through all of her gifts, she and her family wanted to inspire others to support Tusculum and its students.

“We are grateful for Janet’s thoughtfulness and generosity and know this scholarship will have a profound impact on students,” said Dr. Scott Hummel, Tusculum’s president. “The support from Janet and her family is particularly meaningful for our music and band programs. As they grow further, we will remember with pride how Janet and her family helped fuel the momentum.”

The Tusculum Band was reinstated in 2021, and its members have participated in a number of campus events, including serving as a pep band at home football and basketball games. Some of the members played in a taping of the Food Network show “Holiday Baking Championship: Gingerbread Showdown.”

Tusculum has a winter guard. Future plans call for the establishment of a marching band to play on the field at home football games.

In addition, the university created a music minor and offers courses on a variety of instruments as well as voice and music theory. In the fall, Tusculum will begin offering an Associate of Arts in general studies, with a concentration in music.

Theater has been a staple of the Tusculum cultural experience for decades. The university hosts a wide array of genres performed in the Marilyn duBrisk Theatre and Behan Arena Theatre. The university also established a Bachelor of Arts in arts outreach administration, concentrations in arts outreach administration and theater for the communication degree, and a minor in theater.

All of these programs play a significant part in building school spirit and enriching personal lives. 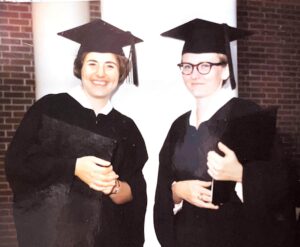 Sell was originally from Farmington, Michigan, and was the oldest of three children – the others being her sister, Peg, and her brother, Harvey. Harvey said she chose Tusculum for college for a couple of reasons. For one, she was a Presbyterian, the denomination with which Tusculum has been affiliated throughout its 228-year history. Another major factor was that her maternal grandfather, who was involved in the presbytery in Detroit, knew Tusculum’s president at the time. Harvey Sell theorizes she was also interested in attending a smaller college.

“Janet loved Tusculum and participated in musicals while she was there in addition to her studies,” he said. “She always talked positively about her years at Tusculum.”

After she graduated, she returned to Tusculum for visits, the last time being in 2018, and developed strong relationships with Dr. Hummel and the Office of Institutional Advancement. She also maintained longtime connections with her students.

“She would follow what was happening in her students’ lives well after they had moved on to other schools,” Harvey Sell said. “She just loved the kids.”

Outside the classroom, Janet Sell sang and played guitar in the church choir. She also believed in the Orff process for children and took extensive classes in the methodology. Her commitment to her church was so strong she sometimes would pass on visits to her brother in Atlanta for Christmas. But she had a zest for travel that took her around the globe and to Broadway to see musicals. She was also known for her baking talents, becoming a chocolatier who created delectable truffles.

Janet Sell was involved in a number of charitable endeavors, including the Walled Lake, Michigan, Library Board and the Open Door ministry, started by her maternal grandmother, in Detroit, which feeds the homeless. She also participated in mission trips with her church. Her brother said she spread her financial donations across multiple organizations. One of them continues to be Tusculum.

The value of planned giving

Kim Kidwell, the university’s associate vice president of institutional advancement, enjoyed her conversations with Janet Sell and said the endowed scholarship is an excellent example of planned giving and leaving a legacy.

“Spending time with Janet was a pleasure for all of us at Tusculum, and we were touched when she included us in her estate,” Kidwell said. “Her gesture will greatly influence the lives of music, band and theater students by helping them complete their degrees with less of a financial obligation. Planned giving is an outstanding way to strengthen the futures of the next generation of students at Tusculum.”

To discuss planned giving opportunities, please contact Kidwell at kkidwell@tusculum.edu or 423-636-7303. More information about the university is available at www.tusculum.edu.