GREENEVILLE – Building on connections they have established with the Horse Creek community, Tusculum University researchers examining the history and changes within that area of Greene County are taking their project to the next level. 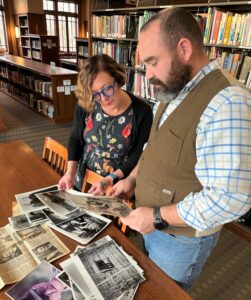 The university has received a second $10,000 grant from the Council of Independent Colleges to further detail Horse Creek’s history and evolution through the accounts of those who have lived there or had relatives from that community. The Andrew W. Mellon Foundation and National Endowment for the Humanities funded the grant.

Dr. Katherine Everhart, associate professor of sociology and the lead investigator for this project, is pleased by what has occurred and excited to see the initiative move to the next stage.

“Making these connections is important,” she said. “Going into the community and getting to know the residents gives our students an opportunity to learn outside the classroom as well. There is a lot they have learned doing research, but it also good for students to be around people who are potentially from another place and have had different experiences. It’s been really meaningful to watch and to see the students grow and learn in those kinds of spaces and for us as faculty members to have had a mentoring relationship with them as we guided them through how to conduct oral histories.”

With the additional financial resources, the research team, consisting of faculty members and students, will continue to transcribe the archive of interviews of Horse Creek residents from the 1980s and then tackle the ones conducted last year. The group will also potentially undertake further oral histories with those who have connections with Horse Creek.

In addition, these Tusculum representatives will work to create a digital archive for this project in partnership with the Appalachian College Association. Currently, some recordings and transcripts are available on the website of Tusculum’s Thomas J. Garland Library at https://garland.tusculum.edu/library-resources/digitalarchives/. The research group wants to build a digital repository organized by themes, which will provide students with an opportunity to develop further research skills in analyzing primary sources and summarizing their findings. 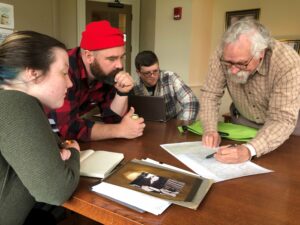 Tusculum received its initial grant from the CIC in 2021 to conduct a follow-up to the two-year research project in the mid-1980s led by Dr. Donal Sexton, a Tusculum history professor, with assistance from students. That group conducted about 30 interviews, which explored the way of life for community members from Horse Creek’s inception in the late 1700s to a more commercially driven and manufacturing economy after World War II.

Using the CIC funds, the new research group transcribed about half of the cassette tapes of the 1980s interviews and conducted 10 new interviews – some with groups and others with an individual – of those who live in the community today or had relatives who lived there. Researchers focused on land and self-sufficiency, and based on what they learned, they began examining how much farming in Horse Creek – especially tobacco and dairy – had decreased. They considered the impact of that on the life of the community.

Those who were interviewed in 2022 had access to the oral history provided by their relative. Matt Jersey, a senior at Tusculum who is pursuing a minor in sociology in addition to a major in criminal justice, was present for the newest interviews and remembers the reaction when interviewees heard the prior recording or were read a transcript of the earlier interview. 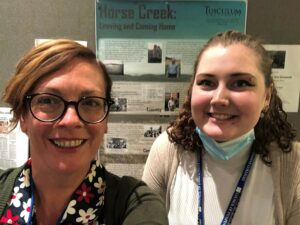 Dr. Katherine Everhart, a Tusculum professor, and student Samantha Nelson appear at the Council of Independent Colleges in Baltimore. 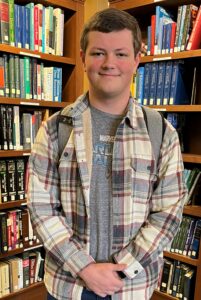 “You could see the happiness in their faces when they heard the voice or listened to the words,” Jersey said. “This brought back memories for them. They were reliving memories they had not lived in a long time and reconnecting with a place of their youth. It was nice to see folks genuinely happy about this history.”

Then in late spring, the research team held a picnic at Horse Creek Church of God for all of the participants in the more recent interviews. Some of them brought their family members, and that enabled the faculty members and students to make connections for potential future interviews.

One of the neatest parts of that evening was the presence of Dr. Sexton, who was interviewed and able to express his pleasure that the Horse Creek project had been restarted. He passed away a few months later. Chef Rushmie Bakshi, culinary educator and kitchen manager at Rural Resources, was also present to help prepare some of the food.

“It was an opportunity for everyone to gather and reconnect,” Dr. Everhart said. “I did not realize as we were conducting the newest oral histories and participants were mentioning other families that some of them had not met each other. They had long histories and knew of each other but hadn’t really been face to face with each other.” 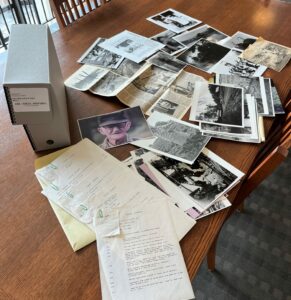 Here are some of the items from the archive.

Later, the research team held two canning workshops at Rural Resources. Attendees canned beets at the first one and pork tenderloin at the second one. Debbie Strickland, program assistant at UT Extension in Greene County, led the workshops.

As the project moves forward, Dr. Everhart and Dr. Peter Noll, professor of public history and museum studies and project’s archivist, will hire four students with the grant funds and utilize students in their service learning classes.

Jersey plans to continue with the Horse Creek project. He became involved in the initiative after taking a couple of sociology classes. Because he is from the region, the project piqued his interest not only because of the benefits to the university but for residents with ties to Horse Creek. He said this project has achieved the goal of bringing the community together. He said it also aligns with his career plans of becoming a law enforcement officer because of the element of serving the community.

To learn more about the Horse Creek project or offer support, please email Dr. Everhart at keverhart@tusculum.edu. More information about the university is available at www.tusculum.edu.